In Europe cancer kills 1.5 million people every year and lung cancer is among the deadliest of all cancers: 360.000 people are killed, that is more than 1000 people every day and one death every two minutes. One in three persons are affected by lung cancer either themselves or by losing a loved one. Annually lung cancer claims more lives than colon, prostate, ovarian and breast cancers combined. The societal impact and personal tragedies that this entails is difficult to comprehend; the number is so big that for most people this is just an abstract statistical number like economic growth. But it is about real people and this is really happening; yesterday, today and tomorrow.

Up to now medical doctors were in most instances only able to extend the lives of people diagnosed with lung cancer. This is because lung cancer is almost always diagnosed in a late stage where survival rates are very low: nine out of ten persons that are diagnosed with a stage 4 lung cancer tumour will not be alive in five years. There have been big advancements in medication and treatment in the last decades, but due to the late stage diagnosis, these advancements were mainly live-extending and not live-saving.

Now there is a chance for change. A new line of research brings real live-saving solutions within reach. After two decades of research, the NELSON Randomized Controlled Clinical Trial showed that using a screening method based on Computed Tomography (CT) actually leads to reduction in mortality of 26% in men and up to 60% in women. CT is a medical imaging technology normally used in hospitals to diagnose patients with a clear suspect of a disease expressed by certain complaints by the patient. The NELSON study has shown that this technology can also be used for the early detection of disease, that means that while people have no specific complaints they will get a so-called preventive scan. In this way medical doctors can spot a tumour in an early stage where treatment can really save lives. Here all the stats are actually the other way around. Nine out of ten people diagnosed in this stage will be alive after five years.

Just imagine what this innovative research can mean in practice. More than 130.000 lives in Europe alone can be saved, which is hard to comprehend, as this would make lung cancer screening the single most effective healthcare innovation in this area. Now it is time to bring this research to practice, to implement it, so people can really benefit from this. This is the mission of four people who came together and founded the institute for DiagNostic Accuracy (iDNA). Four people who are different in many aspect, but who share the common goal of making a difference for the future of the health of many. These four people are Matthijs Oudkerk, Erik Jippes, Evgeni Dvortsin and Jiehui Chen.

These four have started iDNA. Hopefully an initiative that may benefit the lives of many. They are determined to make it happen. Are you as well? 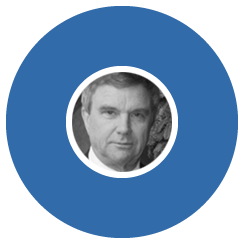 Prof. Oudkerk is responsible for the Research & Development of iDNA.

Many of the current and new guidelines in CT screening for lung cancer and cardiovascular diseases are derived from his original work.  His vision on the future of imaging and health care, has been recognized with many international awards and invitations to lecture on (inter-)national platforms.

With an H-Index (times a researcher is cited) of 70, prof. Oudkerk is a true leading expert in the field of early detection of lung cancer and cardiovascular diseases. As Principal Investigator of the NELSON study he paved the way for implementation of lung cancer screening in Europe.

Prof. Oudkerk is Radiologist by training and did his medical training in Leiden, the Netherlands. He has been professor in Radiology for more than 20 years and published more than 550 scientific articles. 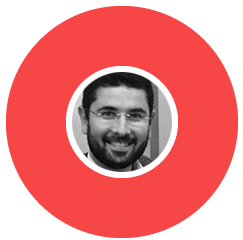 Evgeni Dvortsin is a health economist and healthcare entrepreneur, responsible for leading the development and execution of the long-term strategies of iDNA.

His background as a founder of Asc Academics - a global operating health economics and market access consultancy -  provides an excellent knowledge foundation in cost-benefit analyses in healthcare. This is of the utmost importance for the implementation of lung cancer early detection and screening programs. In addition, Evgeni co-founded the General Practitioners Research Institute (GPRI), which aims to improve the lives of patients by facilitating participation in real world evidence generation studies. As these studies are performed within the general practitioners' office, this experience comes in handy as uptake of most of the eligible participants could come through extensive collaborations with family doctors.

Evgeni has a background as a pharmacist and pharmaceutical scientist at the University of Groningen, and if there is time besides work, he enjoys everything related to basketball. 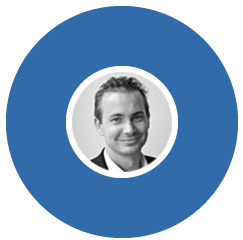 Erik Jippes is responsible for the day-to-day operations of iDNA.

Erik’s background in working in an academic (medical) environment in general and with medical imaging in particular, enables him to understand and act on the complexities in hospital environments. This is of great importance for implementing lung cancer screening programs.

Erik has a master in business administration and holds a PhD in social networks and innovation processes in healthcare. He worked for more than 14 years in a University Medical Center and was responsible for several large public–private partnerships, pre- and post-award project management for funding support (H2020, national and regional grants) and charity fundraising.

He was manager of several large-scale population-based early detection and screening trials in lung cancer and cardiovascular diseases.

In his spare time Erik likes to travel with his wife and three children and he loves to play beach volleyball. 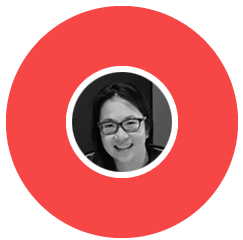 Jiehui Chen is responsible for the strategic partnerships and relations with China.

She is an entrepreneur who has more than 15 years of experience in bridging Asian and Dutch companies. Jie is an expert in Chinese languages and cultures and has an extensive network within China. Crucial skills, as we aim to expand our business to China, the country that contributes to half of the worldwide lung cancer related deaths.

Since 2016, Jie has been the liaison manager between hospitals in China and the Netherlands for several large-scale population-based early detection and screening studies in lung cancer and cardiovascular diseases.

Moreover, she has also a personal motivation, as her grandmother passed away from lung cancer. This inspires her to give her best every day for iDNA.

Jie likes to travel and explore new cultures with her husband and two children.